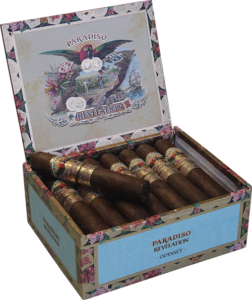 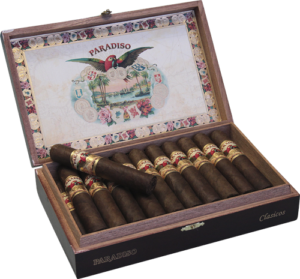 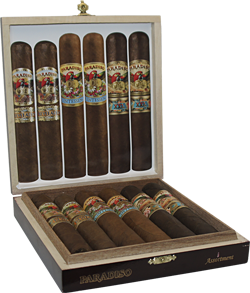 Paradiso cigars were created by Ashton and are produced in Nicaragua at Don Pepin Garcia’s factories. Don Pepin Garcia is a Cuban immigrant whose talents have been repeatedly recognized by the leading critics in the cigar world. Before leaving Cuba in 2001, he worked with leading brands such as Cohiba, Montecristo and Partagas. Based in Florida since 2001, his company operates two production facilities; one in the United States in Little Cuba, Florida and the other in Esteli, Nicaragua. Paradiso cigars are produced in the Esteli factory and made from 100% Nicaraguan tobacco. They are marketed in North America by the San Cristobal band.